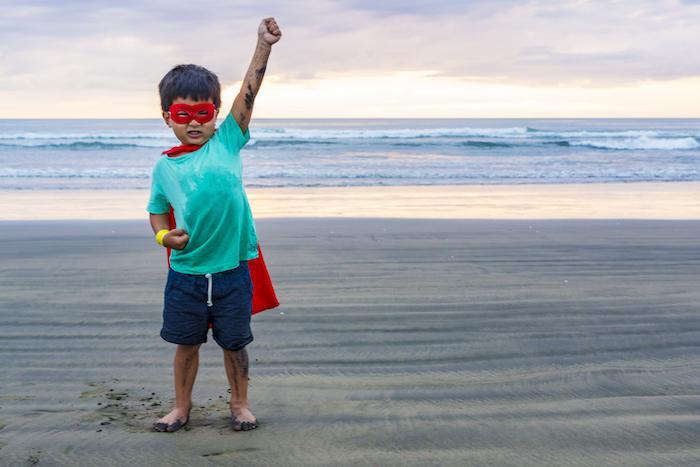 Last week the Quest Blog featured Maria Montessori and the challenges she faced throughout her lifetime. From adversity often comes resilience, so it felt fitting to share a list of some inspiring titles with this theme. Teaching our children to “stick with it” when a task seems challenging is a lesson that takes years to impart. One approach is encouragement when they are faced with real-life difficulties. Another is to share stories of people who have overcome their own. There is no better time to talk to your child about what resilience means. Hop onto your local library site, download or curbside checkout a few of these selections, and discuss how the people in these biographies pushed through their own challenges to find success and happiness. Happy reading!

When we think of the underground railroad, our most common idea of what people went through involved traveling from house in the darkness of night. There were other ways, however, that people utilized to reach the freedom of the north. Henry sought the help of two trusted friends and mailed himself to freedom in a wooden box. Two notes of importance: this book is best for children in elementary grades and above, as it discusses complex racial issues that younger children are not developmentally ready for. There is one page on which the author describes Henry’s slave master as “good”. We assume the author meant good in a relative sense, but we think it would be advisable to stop on this page and have a discussion with your child about whether any slave master can really be a “good” one. Nevertheless, this book is an incredible tale and Henry’s story is an important one to pass on to younger generations.

Grace was resilient from a young age, and continued to be so throughout her life. The book discusses her trouble putting together an alarm clock she took apart as a child, which led her to disassemble seven clocks in order to learn enough about the to fix the original one. Wallmark tells of her trouble passing Latin (which prevented her from entering college initially) and the work she put in to pass the course and reach her goals. In a male-dominated world, her peers focused on studies such as how to be a good wife and mother, while Grace studied math, sought out adventures, and spent more than a year convincing the Navy to allow her to join (even though she was considered too old and skinny by their standards). Hopper went on to be a pioneer of computer coding, and her work is influential even today.

A Boy and a Jaguar
by Alan Rabinowitz, illustrated by Catia Chien

This autobiography tells the incredibly moving tale of a young boy faced with stigma and driven by passion. Rabinowitz grew up as a stutterer, and was misunderstood at school. The only time he felt truly at ease was when he was with animals, and especially when he was able to visit a jaguar at the Bronx Zoo. Saddened by her bare enclosure, he promised her he would work to change that one day. As an adult, he beat the odds and became a scientist who fought for conservation, eventually helping to create the first and only jaguar preserve.

Shark Lady: The True Story of How Eugenie Clark Became the Ocean’s Most Fearless Scientist
by Jess Keating, illustrated by Marta Alvarez Miguens

As a young girl, Eugenie would stare at the sharks in the aquarium and marvel at the intelligence and beauty of the creatures most people thought were anything but. While her mother supported her dreams, most of society did not; she was encouraged to be a secretary or a housewife, but not an ocean explorer. As you might imagine, she worked hard to achieve her goals. During the course of her career, Clark discovered new species, debunked long-held assumptions about sharks, and became a strong advocate for conservation.

Muir is famous for his adventures, but this book zooms in on the events of one particular day. Accompanied by Stickeen, a friend’s dog, he set off to trek across an Alaskan glacier. Stickeen was no ordinary dog; he refused affection from humans and had a sense of adventure that rivaled that of Muir’s own. Faced with treacherous conditions and fading sunlight, the pair stuck together and found a way safely back to camp.

The Girl Who Ran: Bobbi Gibb, the First Woman to Run the Boston Marathon
by Frances Poletti and Kristina Yee, illustrated by Susanna Chapman

Bobbi loved to run, but as she grew older she found herself surrounded by people who told her she shouldn’t – including her own parents. She dreamed of running in the Boston marathon, so she set off from home to train across the country where no one could tell her not to. When she finally sent in her registration it was denied, so she put on a disguise, snuck into the race, and made history.

This lovely book tells the tale of Sophie Blanchard, a generally overlooked figure in history who happened to be the first female pilot. Other women had taken to the skies previously, but she holds the distinction of being the first woman to fly a balloon solo and steer its course. This is a great tale of overcoming boundaries and following childhood dreams.

The East-West House: Noguchi’s Childhood in Japan
by Christy Hale

Noguchi spent his boyhood feeling caught between two worlds. His American mother brought him to Japan as a young child so that they could live with his father. They soon realized his father had another family, and Noguchi and his mother went off on their own. Never quite feeling like he belonged in Japan, though also feeling out of place among Americans, he struggled to find his path. When he was 8 years old he designed and oversaw the construction of his family’s new home, sparking a creative interest that would fuel the eventual career of this famous artist.

The second book on our list illustrated by Nelson, he is also the author of this title. The book begins with Mandela’s boyhood, and how he was sent away from his home so that he might have a good education and more opportunities in life. Readers learn about how he became a lawyer and fought for justice among South Africans, eventually ending up imprisoned because of his work to fight the apartheid. Though so much of this book focuses on Mandela’s struggles, it does so in a way that is accessible for children, and the story does highlight the support he received from the people of his country and his triumphant rise to lead South Africa later in his life.

Maria Montessori: A Woman Who Flourished in the Face of Adversity

Making Space for Children in the Kitchen